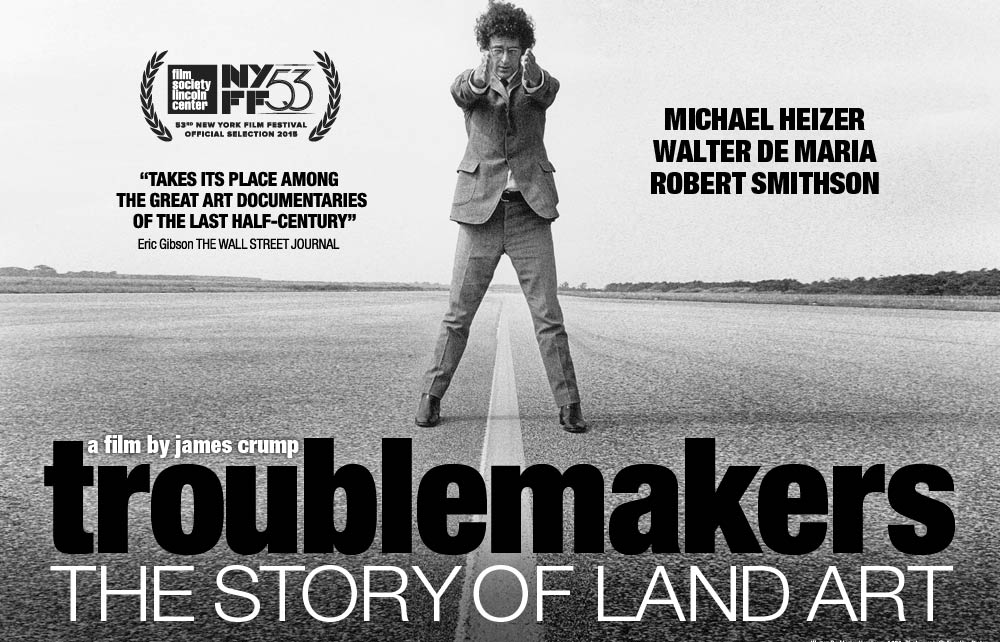 We tend to think about innovation in the context of a business, scientific and technological, yet innovation can be found in other fields that influence our life. Art is one of them. Since innovation and creativity interlinked there is no better way to get inspired than learning from people – artists and professionals – who did things in a different way. Here are five documentary movies to inspire you.

Troublemakers – The Story of Land Art

Troublemakers unearths the history of land art in the tumultuous late 1960s and early 1970s. The film features a group New York rebel artists that sought to transcend the limitations of painting and sculpture by producing earthworks on a monumental scale in the desolate desert spaces of the American southwest. Today these works remain impressive not only for the sheer audacity of their makers but also for their out-sized ambitions to break free from traditional norms.

Peggy Guggenheim, heiress to her family fortune, was a colorful character who was not only ahead of her time but helped to define it. Guggenheim was an innovative art collector with unique perspective of the world around her. Though she had no training and even lacked what one pundit calls “innate taste,” she became a major force in the art world. She discovered and rescued Jackson Pollack from a life as a carpenter and helped introduce his artwork to the world. She established one of the first international galleries in New York, mixing American and European art, which by itself was an innovative act.

Tim’s Vermeer is a documentary film about Tim Jenison’s effort to imulate and duplicate the painting techniques of the 17th-century Dutch painter, Johannes Vermeer. Jenison, an inventor, an engineer and art enthusiast, is the founder of founder of NewTek, a company working in various fields of computer graphics. Jenison became fascinated with the paintings of Johannes Vermeer whose paintings have been oft cited to have a photographic quality to them. In this movie Jenison test his theory that Vermeer painted with the help of optical devices – an innovative way in these days to create his unique painting.

Herb and Dorothy Vogel, a post office clerk and librarian, became unlikely celebrities, working-class heroes in a world of Manhattan elites –  all due to their big passion – art. This working-class couple assembled, in just four decades, one of the most important private art collections of the 20th century.

“The Vogels had no formal training in art collecting. They didn’t aspire to open a gallery or work in museums. They bought art the way any amateur collector shops: for the love of the individual pieces and the thrill of a good deal. But you don’t accumulate a priceless collection of anything by accident. Herb and Dorothy developed a methodical system for scouting, assessing, and purchasing art. When it came to mastering their hobby, the Vogels were self-trained professionals. This is how they did it.”

“In his short career, Jean-Michel Basquiat was a phenomenon. He became notorious for his graffiti art under the moniker Samo in the late 1970s on the Lower East Side scene, sold his first painting to Deborah Harry for $200, and became best friends with Andy Warhol. Appreciated by both the art cognoscenti and the public, Basquiat was launched into international stardom. His dense, bebop-influenced neoexpressionist work emerged while minimalist, conceptual art was the fad; as a successful black artist, he was frequently confronted by racism and misconceptions.”