Its Time to Bring Creativity Where it Belongs – The Center Stage 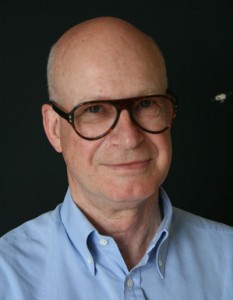 “This book is devoted to the belief that cold-blooded analysis is due for a kick in the backside, and it’s high time to put passion, vision and creativity back where they belong: center stage.”

This how Roger Mavity ends his foreword to his new book, “The Rule Breaker’s Book of Business.” Mavity founded his own advertising agency, Mavity Gilmore Jaume, in 1981. After selling the business in 1991, he became Chief Executive of Granada Group’s leisure division, then chairman of Citigate, and then Chief Executive of the Conran Group. He left the Conran Group in April 2013.

I got Mavity’s book from a friend of mine, Sally Averill, who got to know me and my beliefs in creativity in business. She thought we both talking about similar things – and she was right. Mavity opens his book with the chapter “Left Brains, Right Brains,” which sets out the basics to his whole perception of business management. Left brains, he says, are analysis-oriented and as such preoccupied with “what’s there” while right brains are creativity-oriented and as such interested in what “could be there.” Not something new but what’s important to understand is that this is the theme of this book – how the left brain and right brain operate in the business environment.

In his book he brings a few examples of analysis-based failures and creativity-based successes. One example that I like was the analysis of the Ford Edsel’s failure and the Beetle and Mini successes. Though the Edsel, after thorough market analysis, was expected to be THE car of the time it was a big failure with over $2.5 billion in losses. Why? There are many reasons I guess but Mavity suggests his explanation: “Both the Mini and the Beetle were the masterpieces of genuinely original designers, who relied on their own vision, not someone else’s market research. The Edsel that was over-researched but under-imagined” as he claims, was developed only by deep analysis process rather than leading creative process. To follow his logic, “to have a good sense of how things might [the concept of a small cars – revolutionary at these days] be rather than how things are [the concept of big cars] needs a right brain mindset.”

Now it’s not that Mavity doesn’t believe in market research – he does. It is just to know when and how to use it (and he explains it in the chapter right after).  Mavity keeps bringing examples of the right, creative brain. In one of the examples he used examples from the arts to transmit the message of creativity, but not only creativity – creativity that combines with taking risks (that I will say is entrepreneurship):

When Goya painted the clothed maja and the naked maria, perhaps two of the most significant paintings of that century, the Spanish Inquisition expelled him from his job as official painter to the Spanish court. Manet’s greatest masterpiece, Dejeuner sur l’herbe, was brutally rejected from the salon for which it was painted.

Works of art which endure into the future often seem dangerously uncomfortable in the present. But these great men were willing to risk the opprobrium of today to create something that would be admired tomorrow. They were wise enough to know that new ideas can seem shocking at first, and they were brave enough to take that risk.

In business life and in entrepreneurship especially, exactly the same principles apply. Don’t expect new ideas to be easy as the beginning. But recognize that they are the only ideas worth having in the long run.

Do you know other business books that present the importance of art and creativity? Will be happy to know. Thanks.