From Science and Technology to Art

Home / From Science and Technology to Art 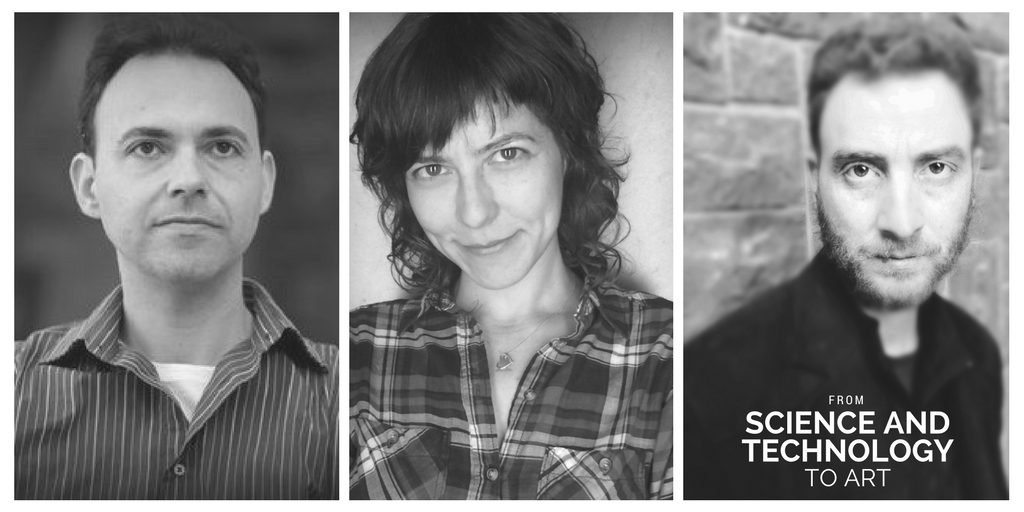 We are Back at Campus Madrid for another Art & Tech event and excited to have three artists-technologists.

This event will host unique artists from Tel-Aviv that move between the worlds of science, technology, and art and will consist of two panels and audience interaction – so get your questions ready!

What happens when machines write poetry? Can computer-based poetry generators influence human’s emotions? In this panel, Shimon Adaf and Eran Hadas will discuss Computational Literature, the implications of technology in writing poetry, the ability of a machine to be creative, the aspect of a creative algorithm in poetry and more

In the second panel, Liat Segal will discuss her work and her move from biology and computer science into the world of machine-based art. Segal builds and codes each artwork by herself. In her works machine and technology are fused with conceptual investigations of the effects of information on “our self-identities, personal communication, choices, and intimacy,” as she said.

The event will take place in English.

A new media artist, fusing together art and technology. In her works, Segal harnesses information, software, electronics and mechanics to build installations and machines that connect the physical world with virtual ones. Segal observes inconsistencies and dissonances that rise when personal lives meet technological evolving environments and questions issues such as intimacy vs. alienation, privacy vs. over-exposure, identity and originality.

Liat graduated M.Sc. studies in Applied Arts & Sciences (Minerva Schools KGI, San Francisco, 2017), M.Sc. in Computer Science and Biology (Tel Aviv University, 2007) and the Interdisciplinary Program for fostering excellence (Tel Aviv University, 2005). She worked as a researcher at Microsoft Innovation Labs (2009) and taught at the Bezalel School of Arts and Design at the Hebrew University.

Eran Hadas is an Israeli poet, software developer, and new media artist. He is the author of seven books, and also creates hypermedia poetry and develops software-based text generators. Among his collaborative projects is a headset that generates poems from brainwaves, and a documentarian robot that interviews people about the meaning of being human.

Shimon Adaf was born in Sderot, Israel, in 1972 to parents of Moroccan origin. He published three collections of poetry and ten novels. His third collection of poetry Aviva-No won the Yehuda Amichai Poetry Award in 2010. In 2011, his novel Mox Nox won the Sapir Prize (the Israeli equivalent of the Booker Prize), for which his recent novel, Tolle Lege, was shortlisted in 2017. In 2017 he was granted the Newman award for Hebrew Literature.

In 2014 Adaf appeared on The Guardian’s list of best science fiction for 2013, alongside Stephen King and Margaret Atwood. And in 2013, at the launch of the British edition of Sunburnt Faces, he joined the British writer Neil Gaiman on a panel at a World Fantasy Convention.

He resides in Ramat Gan and teaches creative writing and literature in Ben Gurion University.

With The Support of The Israeli Embassy in Spain. Thank You!