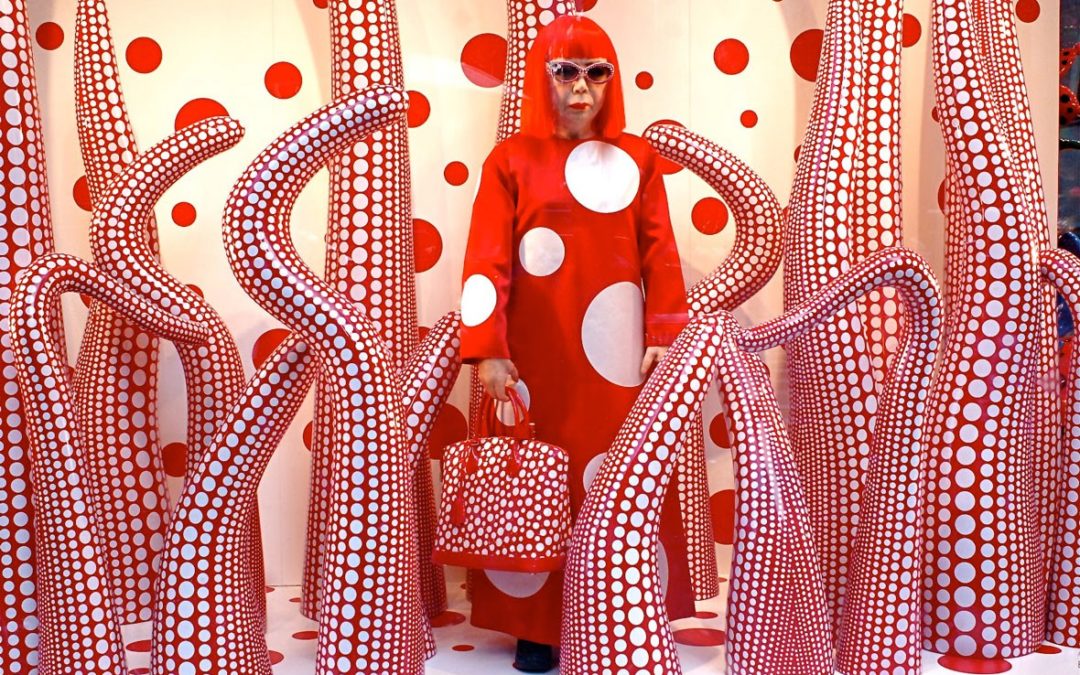 Art has been used with commercial purposes since the old times with different aims: power, as in the Roman Empire with The Colossus of Constantine; differentiation, as the images of virgins and saints crowding Catholic churches when Protestantism diminished its importance; or rebellion, as recently the spots, in the new fashion line of Louis Vuitton of Yayoi Kusama, considered between The Top 10 living artists of 2015 by Artsy[1]. 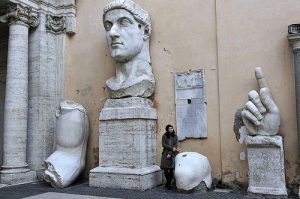 Parts of the Colossus of Constantine the Great.Source: bildwunsch, Flickr

Firms using art as part of their Marketing campaigns is becoming a growing trend: gallery-restaurants (ArtsClub), museum shops, artists and cars (Lincoln), indie music in ads, banks funding art exhibitions (Bosco’s Prado exhibition by BBVA Foundation). There is even a bigger development in the relation between brands and art. We wrote about it in the past in the article Luxury Brands are Changing the Game in supporting Art in which companies are starting to finance the whole artwork production.

What seems to be a fad, hinders a significant discovery: products accompanied by art, are perceived as better and more luxurious! “Luxury associated with visual art spill over from the artworks onto products with which it is associated”[2].

In this article,  we are looking to provide with more objectivity to the value of art for business, explaining the empirical prove of this phenomenon that has been technically called Art Infusion, defined as  “the general influence of artworks on perceptions and evaluations of products with which the artworks are associated.”[3]

A study conducted by the Marketing Department of the Terry College of Business, the University of Georgia by Henrik Hagtvedt and Vanessa M. Patrick[4] offers marketing professionals with the scientific basis necessary to use visual art in a strategic manner.

In this study, Hagvedt and Patrick tested three different empirical situations that use art of well-established masters of Western art history that have passed the test of time and are perceived by consumers as art. The researchers used the presence of artworks in three different natures as study cases: surrounding the environment of the product with art, art as part of the advertisement campaign or integrating art in the product, attaining in all cases a significant increase of consumer valuation and perception of luxury.

The first experiment is located in a restaurant in which there are two different sets for silverware. One has a picture of Van Gogh’s Café Terrace at night and the other has a photograph of a café. Results showed that customers gave higher punctuation to the set with the artwork for product appealing, 21% higher and for luxury sensing 29% higher score.

In the second one, the artwork was compared with a celebrity, utilizing the Vermeer’s painting Girl with a Pearl Earring and the poster with Scarlett Johansson of the film about the same artist’s. Same conclusions were drawn from this experiment: the product-evaluation index for product valuation was significantly higher for the advertisement with the art image 4,38 versus the non-art image ad 3,66; similar index variations were observed for perception of luxury, being 4,15 for the ad containing the art image and 3,36 for the non-art image publicity.

These results encourage an alternative to traditional celebrities’ endorsement that can have the disadvantage of a negative impact from the changing reputation, contrary to stable master-pieces image.

Third study integrated the artwork in the product leading to the same conclusions of the favorable effect of art to increase attractiveness and luxury to the products. It additionally tested the influence of the content of the art piece over consumers’ reactions. For this purpose, they designed three distinct objects: a positive image of Palazzo da Mula of Venezia done by Claude Monet, a negative image that represented The Burning of the House of Lords and Commons by J.M.W Turner and a photograph of Venezia.

The experiment revealed a content- independent effect: the increased valuation and luxury perception of the products with the art image was similar compared with the non-art image. Illustrated by Zhu and Meyers-Levy 2005 “a stimulus represents is often more accessible than the content of the stimulus”[5].

This experiment proves the power of understanding how art relates with business. In this case, how master-pieces have a general image of culture, luxury, sophistication and prestige that positively influence the products and brand character of companies that use them.